A luxurious update on the much loved AV4, the Augment V5 pulls out all the stops. Want to move up in the cut-throat megacorp world? It's crucial to stand out from the other cyborgs. Get the edge you need to advance your future.

The Augment V5 is part of the Contender’s Circle! Only the very best Designer’s Workshop pieces level up to be here. These fighters are limited runs of 100 pieces, vying for a spot in the Hall of Champions!

Thank you for submitting a review!

Your input is very much appreciated. Share it with your friends so they can enjoy it too!

I love the more subtle Volante designs. They're just slightly out-of-phase with typical clothing that I always get second looks and compliments. Plus, I just look damn cool. 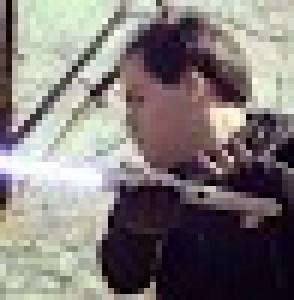 I already had an Augument V4, and I ordered this one as soon as I found out. The snap buttons make a lot of difference, and it's become one of my go-to vests. I plan on getting the Android Blue version asap.

I had bought products in the past, and my expectations were not disappointed. Once again, the Volante team delivered amazing quality products. The style is unique and very eye catching. Can't wait to buy again or see their new styles emerge!

United States
V5 For Every Time!

I really liked the previous Augment V4 but I always felt it was a little *too* formal feeling. It was a great design but I felt like I needed a special occasion to pull them out. I'd normally rock a Scavenger Mk 2 for day to day wear. But the Augment V5 has pushed itself into daily wear territory. The change from normal buttons to snaps was initially divisive for me. I'll admit that it seemed like a step down from the previous version but that changed as soon as I put it on and securely snapped it into place. They certainly don't detract from the sharp style of the V5 and they bring in that slightly more casual feel in my opinion. I don't feel like I need to overdress to match. And with the lighter construction of the V5, it just moves with me and doesn't feel like I'm adding on a stiff and stuffy piece of clothing. Casual but smart and certainly will garner a compliment (or two). I originally bought the Android Blue to have a vest to match my Augment Blazer in that color, but I was so pleasantly surprised that I also picked up the Gilded Carbon color despite already having the V4 in that color. I like the V5 that much! To be clear, the Augment V5 may feel more casual to me but it will still fit in nicely with a proper dress shirt and such. This is a vest that needs to be in your collection. Smart, sharp, moves and breathes well. A worthy upgrade! Take a stroll, taking a meeting, or wherever else you go. This vest is versatile, in my opinion. I just hope some more colors come out for me to walk about town in.

I don't know what I did to deserve this but today I woke up with this in front of my house. It feels great. It feels lighter than I thought it would. 10/10 will buy again, I am going to get it in android blue now. Great job.